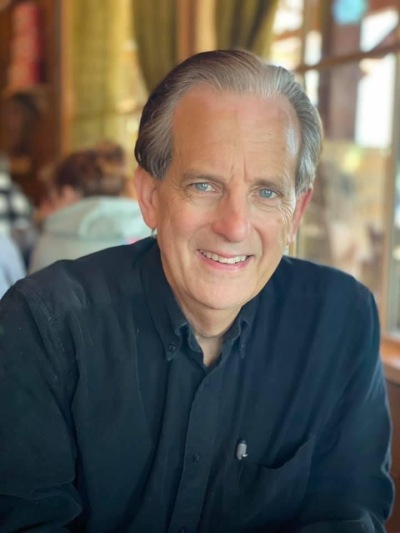 Mike Shreve was deep into eastern religion and yoga before he converted to Christianity in 1970. He has since written books and done many media and speaking appearances to expose the errors of eastern mysticism and yoga and to promote the Christian gospel. Although I have been writing and researching in these areas for decades, I have just discovered his work through his excellent booklet, Seven Reasons I No Longer Practice Yoga. I asked Michael several questions related to yoga, Christianity, and the New Age worldview and found his answers insightful and needful for Christians today.

I was raised Roman Catholic and very devoted, anticipating a day when I would probably enter the priesthood. However, having never been “born again,” I was easily wooed by the world as a teenager and drifted away from religions altogether, eventually becoming a keyboardist in a rock band. It was just a matter of time before I got swept up in the megatrend of psychedelics so dominant in the latter 60s. This eventually resulted in a near-death experience at the age of 18, but the “curse” became a “blessing,” because it showed me the brevity and frailty of life, and put me on a search for truth and ultimate reality. In desperation, I dropped out of college to study under an Indian guru named Yogi Bhajan in a sect referred to as “Kundalini Yoga.”

Several events led to my personal encounter with the Lord Jesus Christ and my salvation. Because I was running a yoga ashram in Tampa, Florida, and teaching Kundalini Yoga extracurricularly at four colleges in the Tampa/Sarasota area (University of South Florida, University of Tampa, Florida Presbyterian, and New College), the Tampa Tribune newspaper did a half-page story on me. I thought it would dramatically increase my class attendance. Instead, it alerted a local 24-hour Christian prayer group to start praying for me. Every hour of every day someone was interceding in my behalf.

Then the second link in an amazing Holy-Spirit-inspired chain of events took place—I received a random letter from an old college friend explaining to me how he had been “born again,” emphatically insisting that Jesus was and is the only way. Trying to politely refuse that concept, I countered that Christianity was a lesser “Bhakti Yoga” path (devotion to an individual god), and that I embraced all religions as being equally legitimate and effective means of achieving oneness with God. However, Larry’s letter kept resounding in my mind until one day I decided to deal with it. Attempting to push my way through all the objections I had to the exclusivity of Jesus Christ, I decided to open my heart to the possibility that His teachings were true. Also, it dawned on me that if He really did die on the cross for the sins of humanity, I owed it to Him to at least explore His claims.

So, one day, instead of following my normal yoga routine (14 hours daily of asanas, mantra-chanting, pranayama, raja yoga disciplines, reading of the Bhagavad Gita and the Vedas, etc.). Veering drastically from the norm, I only read the Bible that day (the Gospel of John and the book of Revelation primarily) and only prayed to Jesus—pleading that if He was the only way, He would give me a supernatural sign.

That afternoon I was hitchhiking to teach a yoga class at the University of South Florida. One of the members of the prayer group was two miles away walking in a laundromat when God spoke to him to get back in his van and start driving. Thinking it quite strange for God to direct him that way, he reluctantly got back behind the wheel and started driving, turning whenever he felt an impulse. Then everything fell into place—he saw me hitchhiking, felt compelled to pick me up, and pulled over. When I opened the door to climb in, the first thing I noticed was a picture of Jesus he had taped to the ceiling. I knew it was my answer. Within a few minutes he began witnessing to me and shortly after that, I was on my knees asking Jesus to dwell within my heart. It happened! I was born again. I had a genuine encounter with the true God, and everything changed. I went back to all my yoga classes, explaining that I had unknowingly misled them and that from that point forward, classes would no longer be held. I also shut down my yoga ashram. Many of my main students became followers of Jesus as well. Thank God, He brought me out of darkness into His marvelous light!

In fifty years of walking with the Lord, I have faced numerous spiritual battles, but I have learned through the Word of God how to overcome them all (Romans 8:37, 1 John 5:4). One of the first major spiritual attacks I experienced occurred about two weeks after I was saved. I was laying in bed, reading the Bible, when a demon spirit visibly appeared and attempted to re-inhabit my body and pull my soul out into something referred to as “the astral realm” (an experience I had previously pursued as a student of yoga called “astral projection”). I was deeply concerned if that spirit achieved its purpose, I could lose control completely. I felt paralyzed. I couldn’t move. I couldn’t even open my mouth to rebuke the demon. But at that critical moment, I remembered counseling I had received from some mature believers and acted on it. Though I couldn’t talk, in my mind I declared, “The blood of Jesus be upon you.” When I merely formed those words mentally, the evil spirit backed away from me. That freed me up enough so that I could speak those same words out loud, commanding the spirit to depart from me and flee from the room—which it did, and I was never attacked that way again. So, I learned early on the authority that rests in the blood of Jesus. I know this story may sound a little farfetched to those who have never experienced a literal demonic attack, but things like this really do take place. In fact, people contact me from all over the world asking me to pray for their deliverance from something they call “spontaneous kundalini awakenings”—uncontrollable surges of spiritual energy that feel very evil and demonic in nature—that began happening to them because of their involvement with yoga.

There are several keys to freedom. Shortly after becoming a follower of Jesus I burned all of my books on eastern religions and new age practices and all my yoga paraphernalia, which is a biblical pattern for severing ties to the evil spirits behind occult practices (Acts 19:19). Also, being prayed for by mature believers who understand deliverance can be very helpful and needful. Fasting has always been a key for spiritual cleansing to take place also—coupled with lengthy times of focused prayer.

I believe there are at least four reasons yoga has become so popular: (1) many versions of yoga have deemphasized the connection to Hinduism and emphasized just the physical and health aspects of the practice, but it still becomes a door to demonic intrusion, spiritual oppression, and religious contamination. (2) often people turn to yoga because they have never been exposed to authentic New Testament Christianity. They have only experienced a brand of nominal Christianity that offers information about a historical Christ, but fails to inform seekers about the transformation available to them spiritually through His indwelling (Ephesians 3:17). (3) I personally believe the hugely popular yoga movement is a satanic strategy helping to prepare humanity for a “one-world religion” that accepts all paths as legitimate approaches to God. I feel this will be one of three pillars supporting the platform of the Antichrist (a one world religion, a one world political system, and a one world currency).

I believe the very term “Christian yoga” is an oxymoron. It is impossible to extricate it completely from its Hindu foundation. Through the years I have talked with many people practicing what they called “Christian yoga” and often discovered their worldviews contain a mixture of biblical ideas and far eastern concepts (such as a belief in chakras). I actually caution believers never to practice yoga. There are low impact exercise regimens that are helpful alternatives offering similar physical results without the spiritual trappings. Even if classes seem benign, with Bible readings and Christian music going on, attending “yoga” sessions is an endorsement of the entire belief system out of which yoga springs, which is very non-Christian.

The very word “yoga” means yoke or union and implies “union with God”—but the “God” (ultimate reality) enshrined in the Hindu worldview is usually Brahman—an impersonal life force, not a personal God. Educating believers about the true nature of practices such as these is essential to sharpen the discernment in the followers of Jesus. As a yoga student I often did “breath meditation” in the hope of increasing intimacy with God through an increased intake of prana (a Hindu word for the elemental life force in all creation, which the Chinese call Chi). Now as a Christian, I explain the fallacy of this belief by using the following acrostic for the word yoga:

You cannot “breathe” your way into an intimate relationship with God. You must use the biblical plan of salvation and approach Him from the heart.

Furthermore, believers need to be informed about the nature of the New Age Movement so they can interact intelligently with those who embrace that worldview and show the uniqueness of Jesus. It is very important to approach New Agers and yoga advocates in a very peaceful and loving way—which are characteristics they value, instead of resorting to arguments over theological points—something I call “confrontational apologetics.”

8.  What resources do you suggest for those who want to be more knowledgeable in this area?

I invite anyone reading this short explanation of my personal transformation story to visit my comparative religion website: www.thetruelight.net. There are many helpful articles and personal testimonies featured on the site.

On that website also, you can download a free mini-book titled The Highest Adventure: Encountering God that goes into more detail about my former beliefs as a yoga teacher and the biblical response to those beliefs. This mini-book is available in other languages including Japanese, Portuguese and Spanish.

For those who want a very in-depth examination of these issues, I suggest my 336-page comparison of over 20 religions titled In Search of the True Light.

My YouTube channel is Shreve Ministries where our two series of television programs are posted: (1) In Search of the True Light TV programs, and (2) Discover Your Spiritual Identity TV programs, a biblical study of the names and titles of the children of God.

2 thoughts on “Mike Shreve on Yoga, Christianity, and the New Age Worldview”